State boarding schools: What are they? How do they work?

Boarding schools in Australia are ideal for both local and international students and provide a valuable platform for students to achieve their potential academically along with providing support and guidance with their psychological, social, emotional and spiritual development.

State boarding schools: What are they? How do they work?

State boarding schools are an unusual hybrid. They sound a bit like private schools (they’re not), they sound as if they’re free (also wrong), and they sound like something we don’t have in England. But we do. In fact, we have 38 of them.

Unfortunately, most people only understand schools as local places that children go between 9am and 3pm, five days a week. Provision falling outside these realms is often misunderstood – and state boarding schools fit squarely in that box.

So let’s try to get things clearer. At state boarding schools, children can attend for just weeknights, or all days including the weekend. Some schools are selective, (nine of the 38 are grammars), but many are completely comprehensive. Schools can be near a child’s home, or far away. The Five Islands School, for example, takes children from right across the Isles of Scilly.

State boarding schools are also a complex mix of free and paid-for. The “school” part of the day is state-funded, meaning it is paid for by the government just like any other state school. (Headteacher Paul Spencer Ellis gives a great explanation of this on page 9). The “boarding” part of the day, however, must be paid privately – often by parents, sometimes by groups such as the Springboard Bursary Foundation who arrange funds for students from low income backgrounds.

Two unusual state boarding schools opened this autumn. Holyport College in Berkshire has a traditional structure, with boarding fees just shy of £4,000 per term. It is the first school with boarding provision opened via the Coalition’s Free School programme – a scheme through which aspiring school founders apply to open new schools anywhere in the country. The government pays for the school’s building costs and running costs.

Durand Senior School Academy, also a new state boarding school, is not a free school. It opened as an extension to an existing London academy. Primary and lower secondary school pupils at Durand are educated in the city but, from this year, students aged 13 upwards spend four days a week at the boarding school campus in Midhurst, West Sussex.

Durand can offer free boarding by accounting for schooling costs differently to other state boarding schools. In the school’s revenue model, available on the DfE website, the trust describes how other providers assume the state-funded educational part of the day runs from 9am to 4pm. Durand, however, assumes the school day is 8.15am to 9.30pm, and so funds these hours by using state money. This reduces the time for “boarding” and brings the costs that must be privately covered down to £2,051 per child per annum.

While concerns have been raised by some commenters about the realism of this price-tag, Durand are confident they can deliver at this cost, and entirely cover it by cross-subsidising from other income streams. Hence, parents don’t pay at all.

If the model works, and so far it has, then it arguably blows open the state boarding school market. As Ros McMullen argues on page 10, there are children for whom the security of a residential school may be preferable to turbulent conditions at home – and a model providing it cheaply is instinctively appealing.

There are, however, potential problems. State boarding has typically been a choice taken by parents facing specific situations. For example, jobs requiring long absences or living in remote areas. If it becomes a cheaper option, then we might find an irksome scenario of struggling families being compelled, or at least strongly nudged, into sending their children to boarding schools. Looking at it one way, this would be no bad thing. Children with chaotic lives would be given the opportunity to live in a structured environment. Glanced at another way, though, and there are irksome undertones of paternalistic groups who “know better” than groups who they perceive to be poor parents, but may just be different to them. It’s a tough balance.

Running such a school is also tricky. How exactly do you finance two separate types of provision? How can a person govern a boarding school? It’s difficult enough when children go home each day! The professionals working in this sector can’t be beaten on these topics – that’s why we asked them to write about these issues in their own words on page 9. 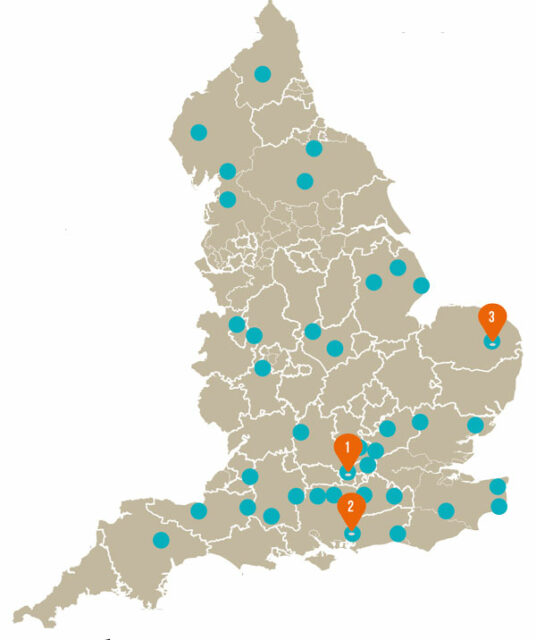 Holyport College is the first “free school” with boarding provision and is sponsored by Eton College. There are 68 day pupils and 55 boarders, and termly fees for residential pupils are £3,850 per term. Day pupils do an extended day, beginning at breakfast and ending at supper – this costs £1,000 per term. There’s no academic selection and 20 per cent of the students are “vulnerable children” with a mixture of medical, social and educational needs.